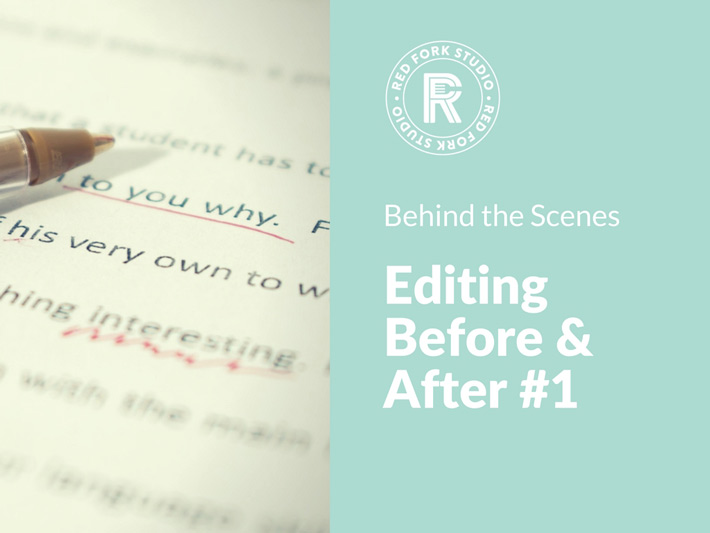 Much of the work we do at Red Fork is invisible. To edit a document, or to create an effective website, requires the coordination of millions of details, for a result that should appear effortless.

In an attempt to show more of our process and work, here is a paragraph before-and-after from a 2012 project, followed by an explanation of our cuts.

Volunteers have been an important part of the success of the Bitsy Grant Tennis Center since its inception in 1952. Friends of Bitsy Grant Tennis (FOBGT) has been operating first as Bitsy Grant Tennis Association, Inc. and then in 2004 as an independent 501(c)(3) with the original mission of developing, enhancing and maintaining the Bitsy Grant Tennis Center in collaboration with the City of Atlanta. Bitsy Grant Tennis Center is a historical tennis facility located in Atlanta Memorial Park and adjacent to Bobby Jones Golf course.  It is in the heart of Atlanta conveniently located on Northside Drive, one-mile north of  I-75, within a few miles of downtown.  The tennis center has had many famous people play regularly there including Arthur Ashe, Tony Trabert, Chuck McKinley, Charlie Pasarell as well as local greats Ned Neely, Horace Reid and Crawford Henry.  It has been a beloved center of tennis and community activity for 60 years.  Bitsy Grant had fallen into several periods of disrepair in the 70’s and 90’s prompting the community to organize FOBGT to ensure the facility as well as the area surrounding does not experience this same dilapidation. Furthermore, the Friends of Bitsy Grant Tennis has worked on significant improvement efforts and will work in partnership with the facility manager and the city to enhance the tennis facility and recreational park for years to come.

The second paragraph is half the length of the first, and yet contains most of the same information. Major changes include:

Red Fork Studio is a communications shop based in Atlanta, GA. We love to help civic-minded organizations communicate their messages to the broader public, in order to move people to action.